Culinary cooks up BBQ for fundraiser 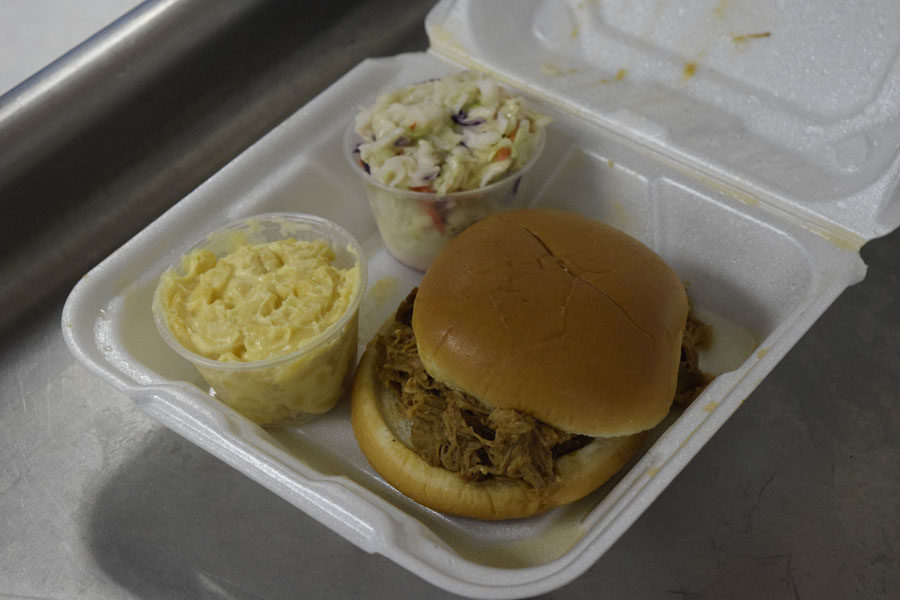 For the past few days the smell of BBQ has been very noticeable to Warriors in the culinary hallway. Chef Foster explains what the aroma is coming from. “We are cooking bbq pulled pork for a fundraiser. We are selling the meals on Tuesday for four dollars.”

Blue Bailey, 11th grade, says “The reason we are selling the meals is to raise money for the culinary competitions going on. We need new chef’s equipment and funds to be able to run the competitions.”

According to Joe Stokes, 12th grader, the meals tasted as good as they smelled. “I didn’t actually buy a BBQ meal myself, but I ate a lot of my friend’s and I would have to say that it was by far the best BBQ I’ve ever had.”

Since the meals were available for any student to purchase, it saved some parents from having to cook dinner. “I was around the food in Culinary for so long, it was amazing when I finally got to eat it for myself,” said Miranda Braswell, 11 grader. “It also saved my mom from having to cook a meal so she really liked the meal too.”

Blue Bailey says, “The fund raisers we have for culinary are very important. Without them we wouldn’t have the equipment we need to keep learning, competing, and cooking new meals.”