How Old is too Old to Trick-or-Treat? 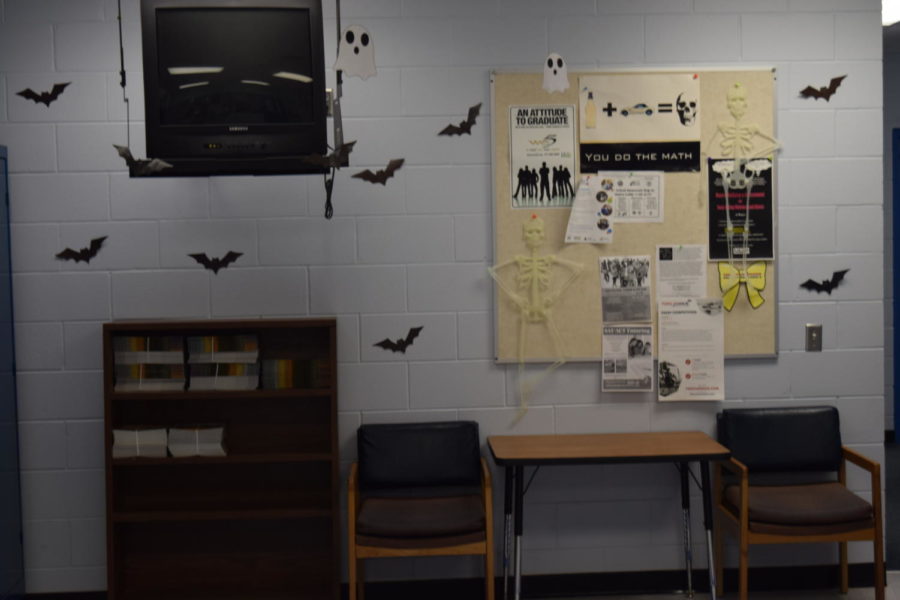 Mrs. Nolan decorates student services every year because "It makes the office lively, and everyone really enjoys it."

As Halloween creeps closer, kids of all ages make the strenuous decision that they must make every year – whether or not they need to dress up and Trick-or-Treat for Halloween. Halloween gives people the opportunity to get to step into a character of their choosing and pretend to be someone else for the night. So why does anyone stop Trick-or-Treating? Turns out it doesn’t come down to getting older, but just having better things to do.

One senior said, “I don’t Trick-or-Treat anymore because I’d rather go to parties.” So just feeling like you would rather spend your time doing other activities plays a big part in deciding to Trick-or-Treat or not.

One junior said she stopped Trick-or-Treating because it’s simply a part of growing up. She said, “As you age it becomes less fun… As teenagers, we look for something more exciting than walking up to a stranger’s door.”

So, as teens get older walking around the streets asking for candy seems less appealing, but the desire to dress up is still there. At least sophomore Natali Rocheleau seems to think so. “My favorite part about Halloween is going to parties, and hanging out with friends, and dressing up together.” So it’s apparent that teens would much rather spend their time partying and hanging out with friends rather than roaming the streets, stocking their bags up with candy. But the one thing that stays relevant is that everyone loves dressing up, and the little kid that is in us never seems to leave.