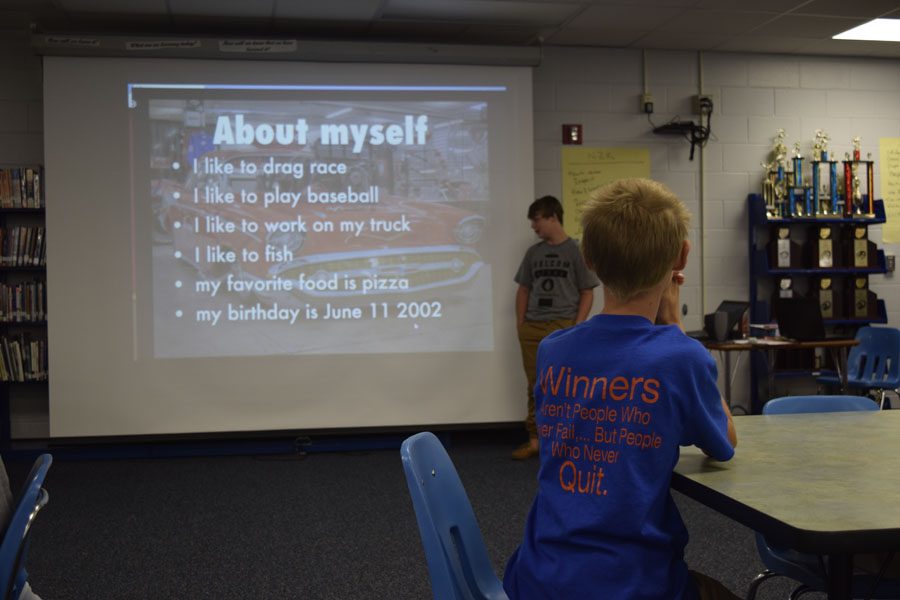 A student presents his Haiku Deck for Warrior Academy.

The idea of multiple subjects being put into one project may seem like it is hard and overwhelming, but students seem to be doing great and enjoying how the system is working out. One Warrior Academy freshman said, “I love all the projects; the class could work well in any other school as long as the students are self- motivated.”

Since Warrior Academy is a new idea at Osceola, Mr. Sadler wants to make sure the students are prepared to the fullest to take on the course curriculum for the rest of the year. The first project he gave his students was to create an autobiography. Students presented their projects to the class describing who they are and where they came from. Mr. Sadler believes that it is important for students to get to know each other since they will be spending the entire year working together on assignments.