Junior and seniors perform in the round 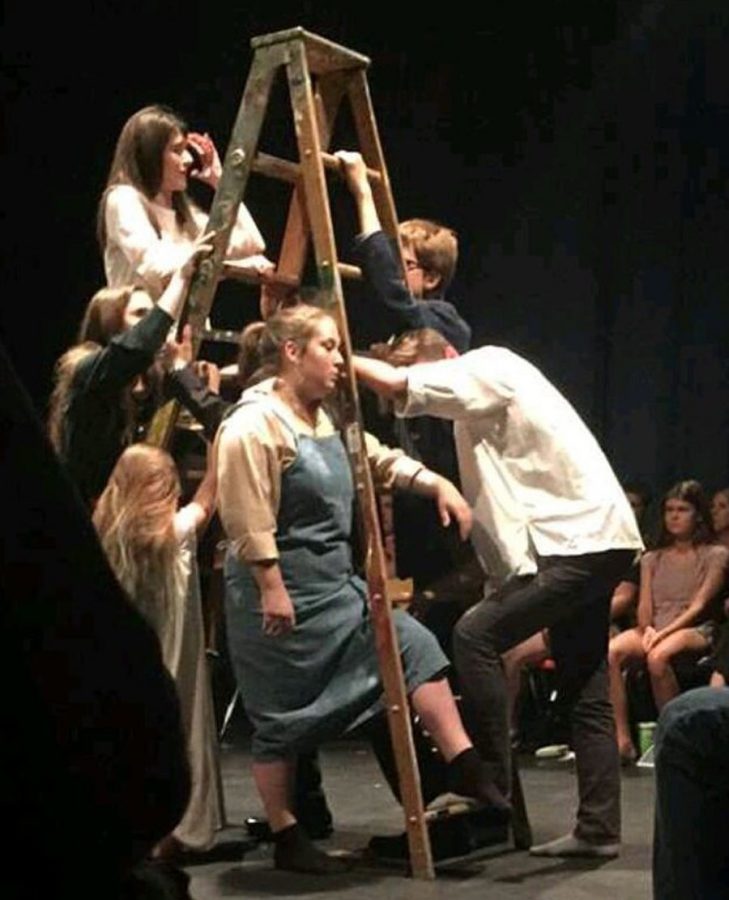 The juniors and seniors put on the play.

The junior and senior theatre students performed the play “Volume of Smoke” in a theater in the round setting September 13th, 14th, and 16th. It was the first time OFHS has had a show ran strictly by upperclassmen. Theater teacher and director Kevin Pace stated, “We’re thinking about making the junior and senior show a yearly tradition.” Not only was this the first upperclassmen show, but this was the first time we’ve had a performance in the round. In theater in the round, the audience is on all sides of the actors, in a circle. Rather than having a full audience in the house, only 120 seats were available and the audience was on stage surrounding the actors. The actors perform towards all directions and were only a few feet from the audience. “Volume of Smoke” follows the true story of a theater that burned down in Richmond, Virginia.

Sophomore Mary Cruz stated “It was breathtakingly fantastic and I was blown away. The actors and actresses were so realistic and the way they were able to cry was extremely impressive”. Pace stated that “this play is like nothing you’ve ever seen.”

The students dedicated the play to Elise Hall, who passed the previous week from cancer and was cast in the play as well. Elise has been in numerous OFHS performances and played an important role in the theatre program. The students did not perform on Thursday due to Elise’s memorial service. The play also helped raise about $2,000 to support the theater program. All in all, Pace is “incredibly proud of the actors for pulling through despite this difficult time” and added that “the play was a success.”