Students receive recognition for their photos 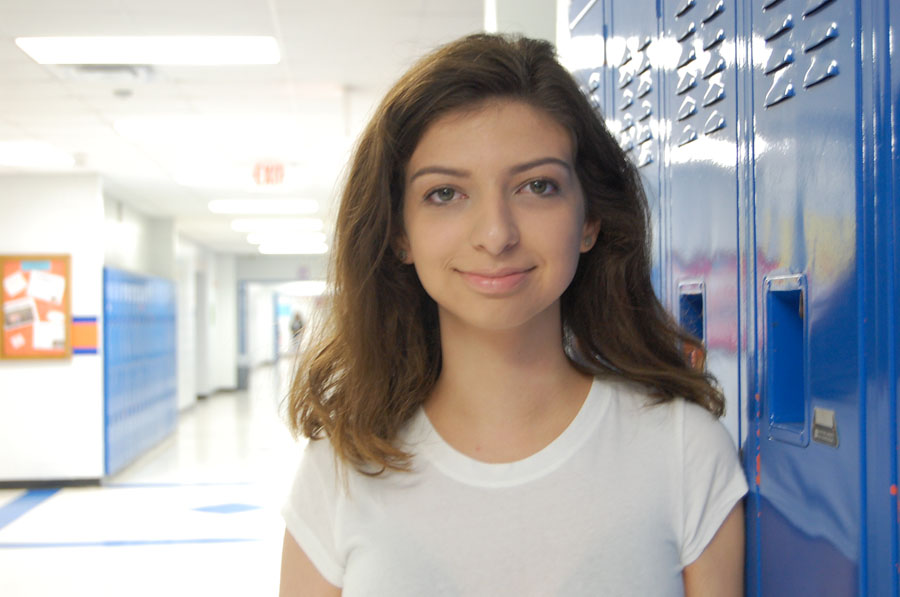 Two Osceola students have been recognized for their artwork.  Yazlynn Yost, 11th grade, and Hannah Jurgens, 12th grade, were both finalists in the Semmy competition at SPC Seminole.

Yazlynn said, “I was nominated for the award because of a photo I took. The award I was nominated for was best digital photograph. The picture was a projection picture. In the picture there is a girl standing in front of an American flag. She is wearing a shirt that says ‘not my president’ on it,” she said. “I think the picture deserved to win the award because it displayed a very important and current topic that is concerning not only America but countries around the world as well.”

Michael Kelly, 12th grade, talks about Yazlynn’s photo. “I really like what the picture stands for. The shirt says ‘not my president’ and even though Donald Trump really is our president, the girl in the picture obviously doesn’t think he should be anymore.”

Hannah was a finalist in the Digital Illustration category and took home a trophy as well.  Her work is titled, “Behind the Wall” and that piece also won a Scholastic Gold Key award.