Warriors will wake up later 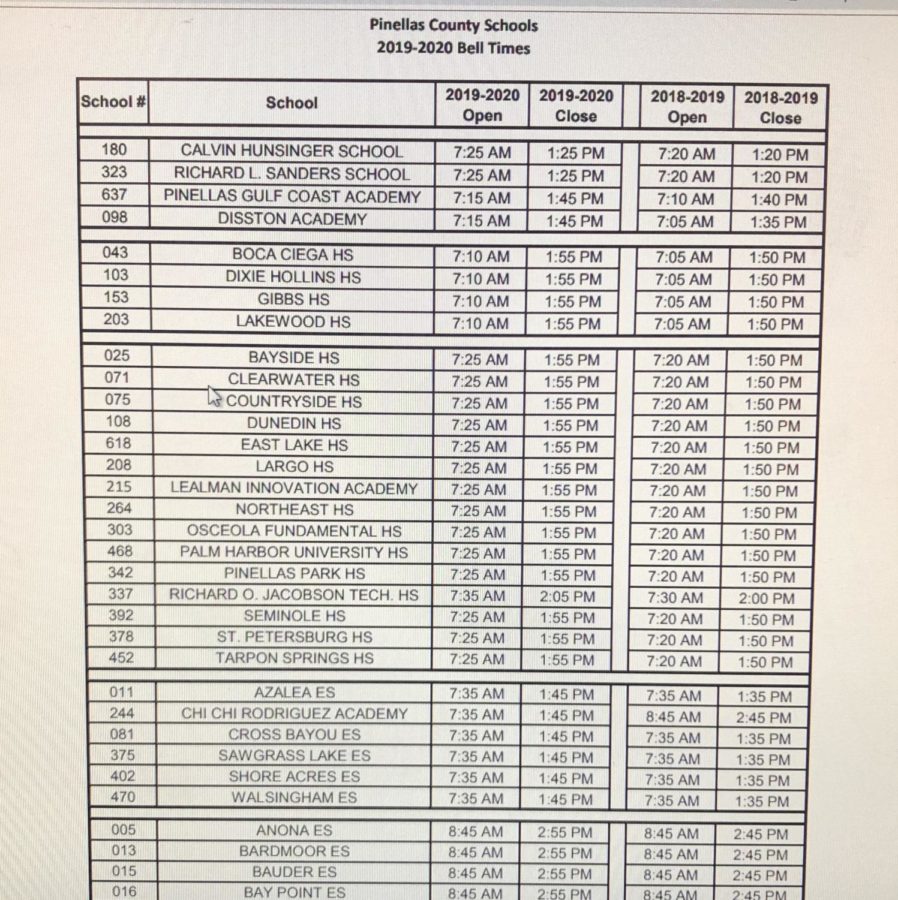 Warriors will be able to sleep in a few minutes later next year. On Tuesday, March 26, 2019, “The school board approved several changes to school start and end times for the 2019-2020 school year,” according to WFLA. Osceola, along with several other high schools, will only start five minutes earlier and end five minutes later, changing its schedule to be 7:25 to 1:55. This minor five minute change will not affect anything too much, besides allowing a few extra minutes of sleep.

Sajia Chowdury, 10th grade, said, “I don’t think it is going to be much of a change. I feel like we could keep the time how it is currently, because what is the point of getting out five minutes later?” Most schools will only have a five to ten minute change, but some will have more major changes. An example of a significant change is “Chi Chi Rodriguez Academy in Clearwater [which] will start at 7:35 a.m. – an hour and 10 minutes earlier than this year’s start time,” according to WFLA. Several elementary schools will have a thirty minute change. “Those schools – Campbell Park, Lakewood, Fairmount Park, Maximo, Melrose and Sandy Lane – will have school from 8:15 a.m. to 3:30 p.m.,” according to WFLA.