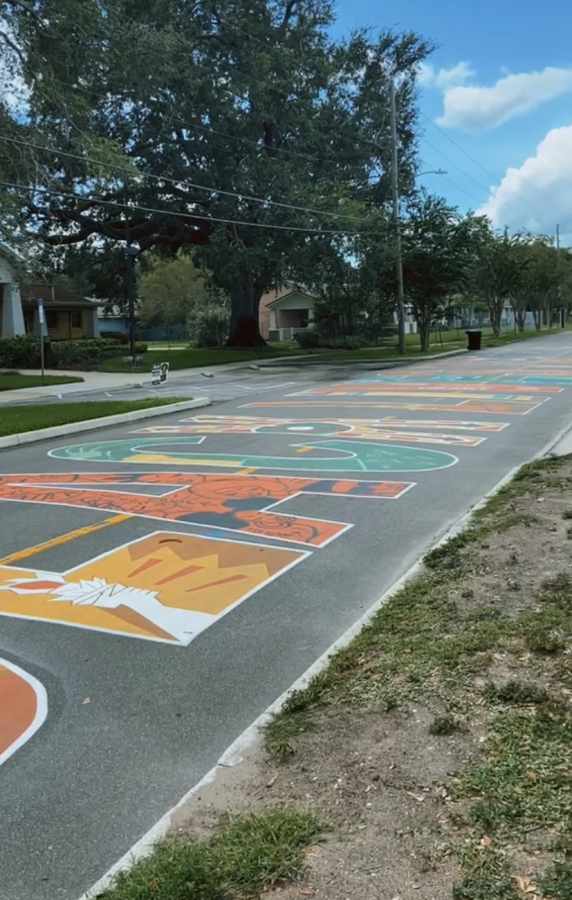 Artists painted a new mural in St. Petersburg to further spread awareness about the Black Lives Matter movement. With 16 letters involved in the phrase, 16 different local artists came together, and each person painted a different letter in their own style. The St. Petersburg Arts Alliance runs Shine, which is a well-known mural festival. Jenee Priebe, associate director of Shine, contacted local artists for this mural.

Painters worked on the road outside of the Dr. Carter G. Woodson African American Museum. The executive director of the establishment thought this would be a good home for it, and according to the Tampa Bay Times, said, “I love the idea of starting where our history is held. Why not start at home base?” She also wanted the mural to be opened publicly on June 19th, or “Juneteenth”. Also known as Freedom Day, it celebrates the emancipation of those who were enslaved in the United States. The mural gained attention, and united local artists of a variety of races and ages.