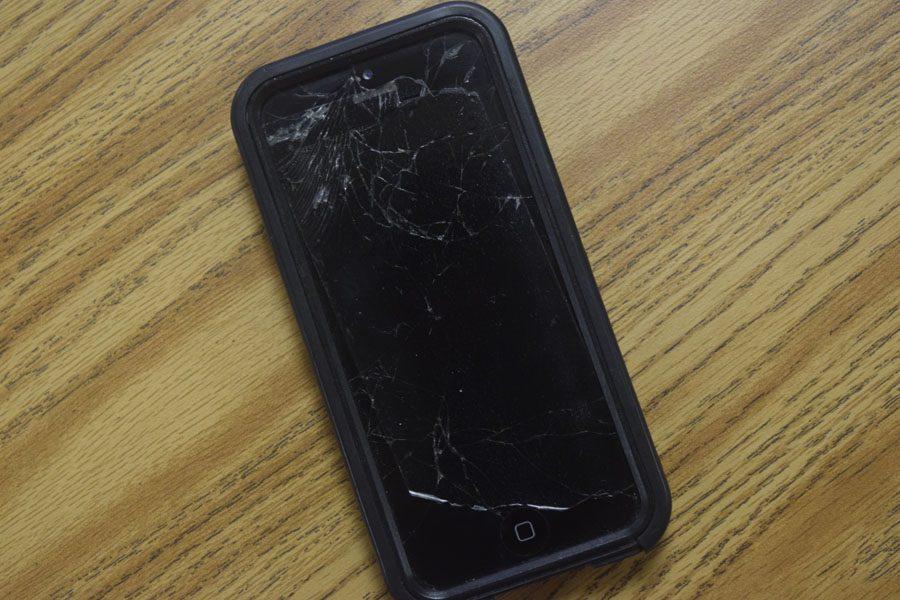 The 2016-2017 school year has started with the teachers taking phones and not giving them back for the rest of the year, administering detentions, referrals, and suspensions. People have even gotten kicked out of school and have been arrested, simply because they were on their cell phones. The criminal records and the amount of detentions and referrals of students are increasing at an alarming rate. Therefore, the amount of students attending the school is rapidly decreasing. If they see a phone in a student’s pocket or if a phone accidentally goes off in the middle of class, even if the student wasn’t on it, the students are severely punished. Teachers and administration have formed teams and made it into a competition to see who can collect the most phones.

The English teachers are in the lead with 843 phones in total. Not only are they taking phones but some teachers take it to an extreme and have done things such as throwing the victim’s phone out windows on the second floor. Adrianna Wilbur, in tears, claims, “My 5th period teacher shattered my new iPhone with a hammer when he saw me picking it up off the floor after is fell out of my pocket”. Another victim, Billy Bo, angrily stated, “My science teacher took my phone and put it in chemicals for fun.” The teachers’ eyes light up with pure joy whenever they find a cell phone to take. The smiles can be seen from a mile away; you would’ve thought they won the lottery. Evil laughs can be heard in the distance and so can the cries of students who have been caught. Marie Flynn, a senior, stated, “The teachers are being ridiculous, this isn’t going to stop us.” Not only are teachers taking student phones, but students have taken teachers’ phones. Sophomore Robert Arnold claims, “If students can’t use their phones, neither can the teachers. They need to follow their own rules and be punished the same way.” The ban of cell phones has started a civil war between teachers and students. Hallways are filled with the shattered remains of phones, iPods, and headphones. The safety department has issued warnings due to glass being everywhere. However, the teachers seem too obsessed with taking phones that they haven’t acknowledged the warning, or taught any lessons. As freshmen Lili Johnson puts it, “an agreement has to be made between the teachers and students”.