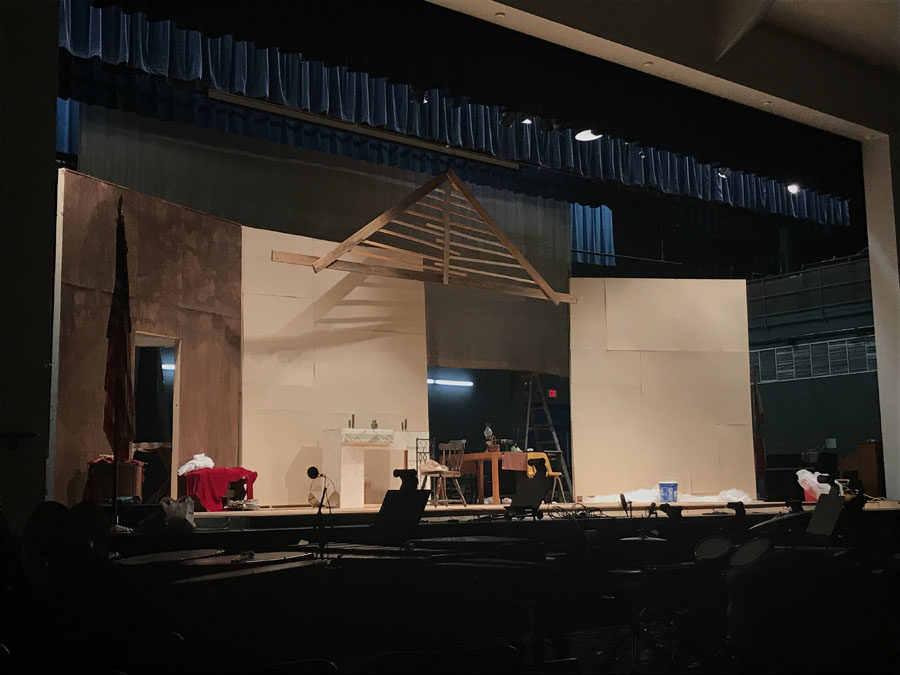 On April 6th, 7th, and 8th, the theater department put on a production of the musical adaptation of “Little Women”. The theatre had an in-school matinee on Friday where students were able to skip their 2nd-4th periods and go to the play. “Little Women” was a musical performance, which meant the actors had to sing, and sometimes dance, while also acting. The singing, at times, was a little off key and there were some voice cracks. However, the singing was still well done and the actors’ dancing was well choreographed. The acting in the musical was very good, with only a few slight slip-ups. The actors also had to handle occasional outbursts from the crowd whenever there was a kiss or arguments between the characters in the play. The performers did well and paused until the students quieted down again to continue on with the scene. There were some moments in the play when it was hard to hear what the actors were saying, and also times when the mics became too loud. Overall, the acting was good in the play and the actors were able to convey strong emotions, especially when paying tribute to Elise.

The costuming, makeup, lighting, props, and set design for “Little Women” the musical were all well-made and historically accurate. The stage consisted for four rotating pieces that would rotate to reveal another set. I believe the spinning set was unique, as our school has never done something like that before. What made the production more amazing is the fact that everything was built and run by the students. While some other schools hire professionals to get the job done, our outstanding cast and crew know how to work the sound board and the lights. The backstage crew even rotated the sets by pulling a rope that was behind the curtains. Although there were some technical issues during the musical, such as one of the pieces not rotating, the sets hitting a set piece that was hanging from the ceiling, and microphone issues, our students were trained to overcome such problems so the show can continue, which is impressive. The costuming and the props look like they were taken right out of the 1860s, which makes the story more accurate. All in all, I believe that taking risks, trying new things, and overcoming any problems made the show better.