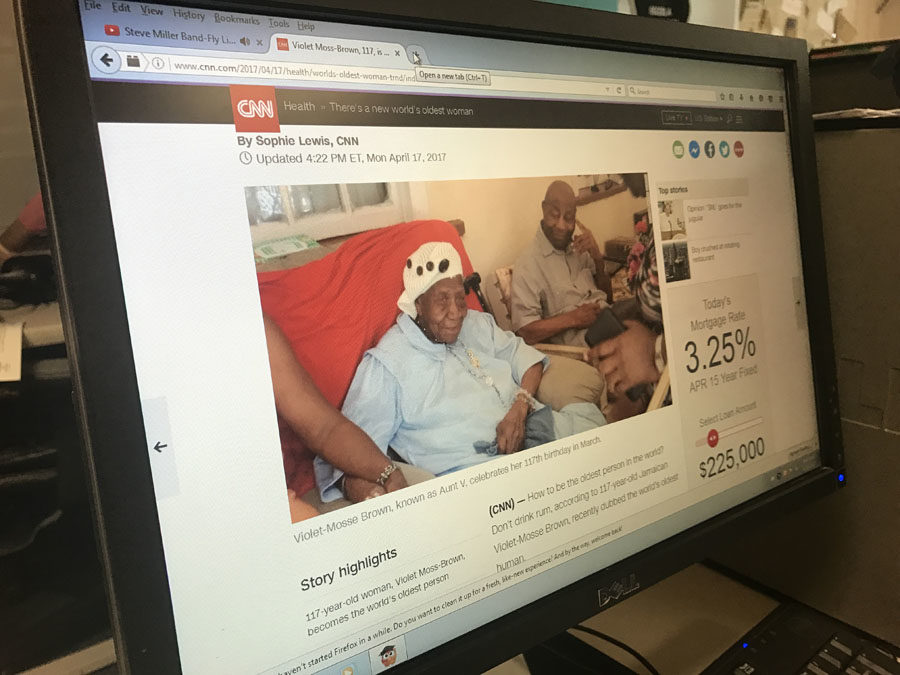 “How have I become the world’s oldest woman? Well, the answer to going over 100 is pretty simple. Just drink a lot of protein powder (don’t put anything it; just drink it straight), and do a whole lot of cardio,” says  Neversaydie Brown, known as Aunt B.

Aunt B recently turned 117, and being born in 1900, is now the world’s oldest woman. Aunt B’s methods for her long life are fairly unorthodox.

Whilst visiting Aunt V in her humble abode, her 97 year old son shared his opinion of his mother’s recent historic birthday.

“Yeah, she’s pretty crazy. I mean I go to the gym, but mama takes that to the next level and then some. I think it’s because she once saw a commercial on TV for this thing called CARDIOMANIA and the guy who was, like, the instructor, was 83 with muscles and crap and she was just hooked,” explains Aunt B’s son.

This is a satire based off of the following article: http://www.cnn.com/2017/04/17/health/worlds-oldest-woman-trnd/index.html