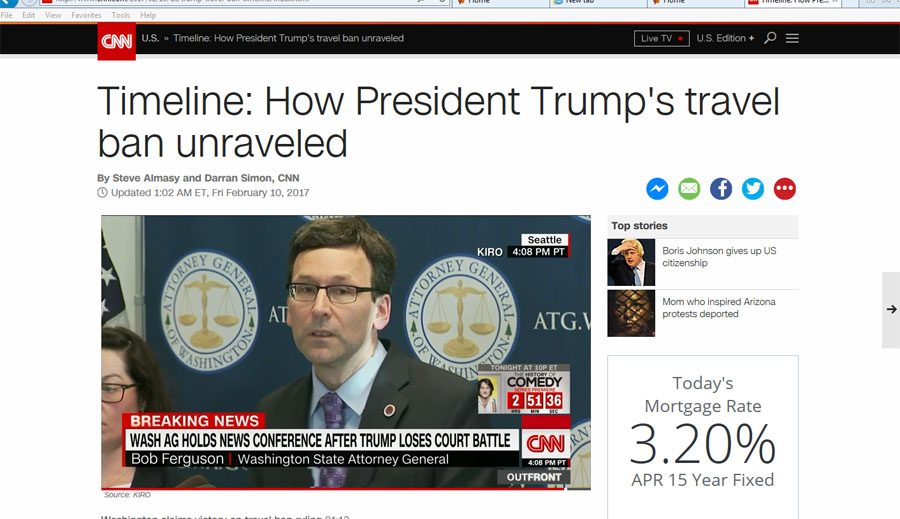 CNN reports on the status of trump's ban

Recently, President Donald Trump attempted to place a travel ban on seven countries. This means that people without the proper status in Syria, Iraq, Iran, Libya, Sudan, Somalia, and Yemen will not be allowed fly into America. Although the ban has been suspended and is supposed to be temporary, it has caused conflict amongst the people of the banned countries and has caught the attention of students. Devon, 11th grade, said “I think if they are qualified to come to America then they shouldn’t be stopped. These countries obviously have problems but there are still good people who may want to get away from the war in their country.”

Luke, 12th grade, thinks Trump’s decision has the potential to be a good one. “The countries that he banned all have a lot of war going on in them. The ban might stop any terrorist that could come from that country. The ban is temporary so maybe when the ban is over there will be a safer way of traveling with those countries,” said Luke. Another student isn’t sure why the president is banning people in these countries from traveling. The 10th grader said, “I’m not really sure if Trump banning these countries from traveling is a good thing or a bad thing, but hopefully his decision keeps America safe.”