Warrior girl golf begin the season with a win 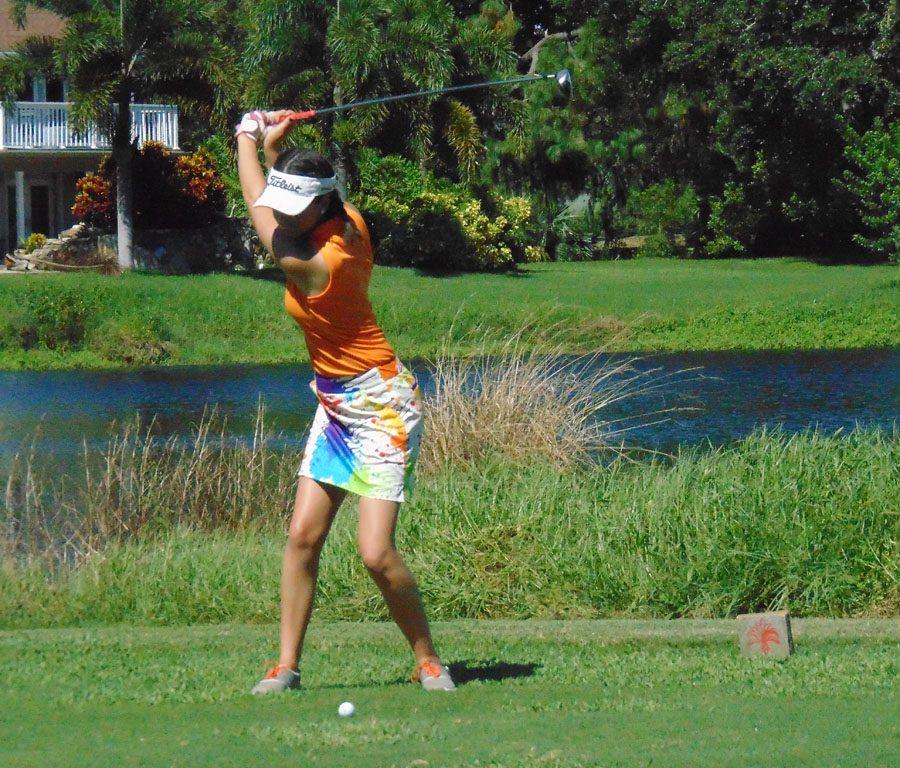 This past Monday, the Warrior Girls Golf Team brought home a win for the beginning of the season against Pinellas Park High School. Madison Heideman, junior, scored the best with a 36, followed by Lauren Morris, senior, with a 43. With a combined score of 196, the girls golf team beat Pinellas Park by close to one hundred strokes.

“I think we could have played better,” said Sydney Gilbert, freshman, “but overall we played pretty good for our first match.” The girls have gone to the FHSAA States Tournament two years in a row and were district and regional champions as well. With nine members this year, the girl’s golf team is at its largest size in Osceola history. Many of the new teammates have never played in a match or tournament before, like Lucie White, who played in competition for the first time on Monday. “It was so fun and the team played great,” said White, who scored a 64.

The outlook for the season is positive, especially for new members like Sydney and Lucie. “I think it’ll be good and different since so many of us haven’t played too much before,” said Lucie regarding the rest of the season. “I think the competition would be easier for us,” commented Sydney, “as we get more experience in playing matches.” Their next match is at their home course, Bardmoor Golf and Tennis Club on Wednesday, August 31st.