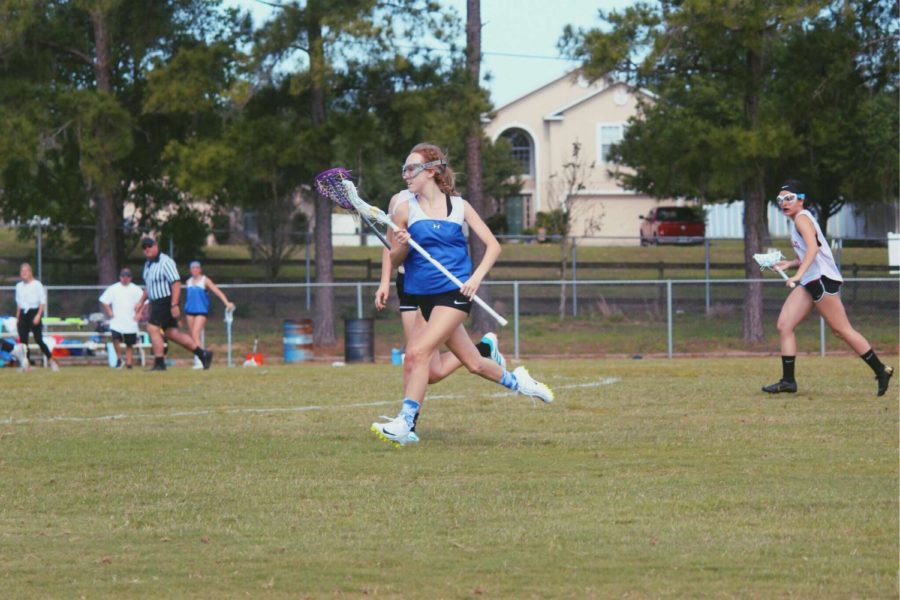 This file picture is from 2019's practice season for the girls.

While most of us spent our last day at school without realizing it, others had their season cut in half and played their last game, not knowing it was going to be the last time they stepped on that field for the rest of the season.

For some, their season was cut short as a freshman, but for others, it was their last time as a senior. Many members of the boys lacrosse team are very upset by their season coming to an early end.

Gavin Kane, 9th grade, said, “I’m really disappointed. We were having a great season and putting in a lot of work. We lost two great seniors, and I wish I could’ve played the rest of the season with them. I learned a lot my first season and had a great time with all my teammates and coaches. I’m excited to see our growth and improvement next year though.”

Gavin doesn’t think this season can be salvaged. “No, I don’t think we can reschedule the games this late in the year. But if other leagues are open during the summer, we will play together in those for sure.”

Despite the surprise ending to this season, Gavin is happy with the way his team played while his season was still going on.  “We had a rough start because we were a brand new team and a lot of us haven’t played the game before or for a very long time. By our third game we showed how much we have improved by the start of the season. I think we will be a much better team next season.”