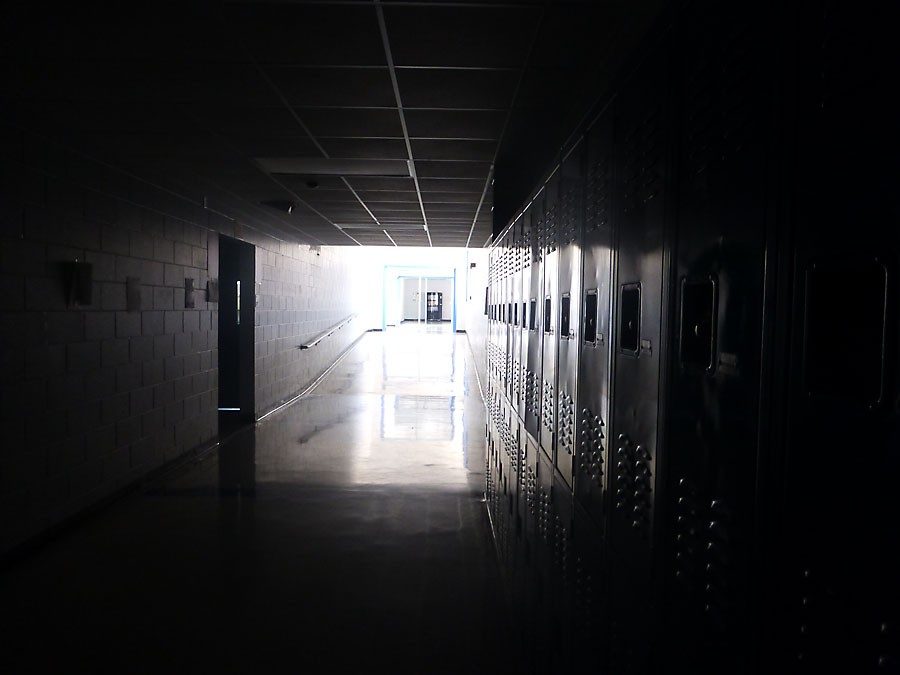 With May almost over, the 2015-2016 school year has come and gone. For some, this was the longest year of their lives. For others, it was the shortest. Regardless, there has been no shortage of odd, weird, or just out-of-the-ordinary occurrences at Osceola. Here is the top 10 Unusual Osceola events this year.

Warriors got fired up this year for a Pep Rally in October, in preparation for the Homecoming game. There was lots of cheering and screaming as students got their school spirit on. For more info, check out this Warrior Record story.

Students and teachers got creative during this year’s door-decorating contest. As we covered in the Warrior Record last October, many doors used college mascots or colors, but some were more unique, such as Mr. Robinson’s sports and kangaroo door.

Students saw some strange sights in the sky this year. First, in September, the launch of an Atlas V rocket by the United Launch Alliance led to some confusion in the area, as several students took snapshots of the odd, luminous smoke in the sky. Then, about a month later, another rocket launch created a similarly unusual sight, as creating a stunning smoke shape in the sky that caused some to believe something blew up.

Two astrological phenomena combined to create a fascinating sight in the sky. According to the Warrior Record’s story on this from October, this occurs when the moon is closest to Earth in its orbit, while a lunar eclipse where the moon is in the Earth’s shadow occurs at the same time. The last super blood moon was in 1982, and the next super blood moon won’t be until 2033.

Yes, you read that right. It’s not all work in Osceola’s Newspaper class. In February, the newspaper took a week off for fun and games. Activities included toilet paper mummy wrapping, a rap battle, and general tomfoolery.

Warriors had some fun dressing up during this year’s Homecoming spirit week. As the Warrior Record reported, students dressed as babies, kids, adults, and elderly people during Time Travel Tuesday; put on costumes of their favorite characters on Character Day; and showed off college pride during College Prep Day.

On April 23, the National English Honor Society organized a celebration of the life of the Bard, William Shakespeare. The Warrior Record covered the event, which included pool noddle jousting, wheel of fortune, and insult buttons.

It appears Osceola has sprung a leak this year. Back in August, the Warrior Record reported that water came into the halls, front office, and Ms. Iovino’s room (among other places) during a rainy day.

However, the leaks were just the tip of the iceberg, leading up to the oddest event of the school year…

The school was faced with a myriad of maintenance problems this year. As covered in both the October 2015 edition of the Warrior Record newspaper and a follow-up online story, the school faced issues such as the fire alarm not going off in some portables and classrooms and leaky walls (as discussed earlier). However, the administration made repairs and problems were cleared up.

This year certainly had its fair of odd events, both good and bad. We had our ups and downs, but in the end, we made it through. More unusual events are sure to occur next year.