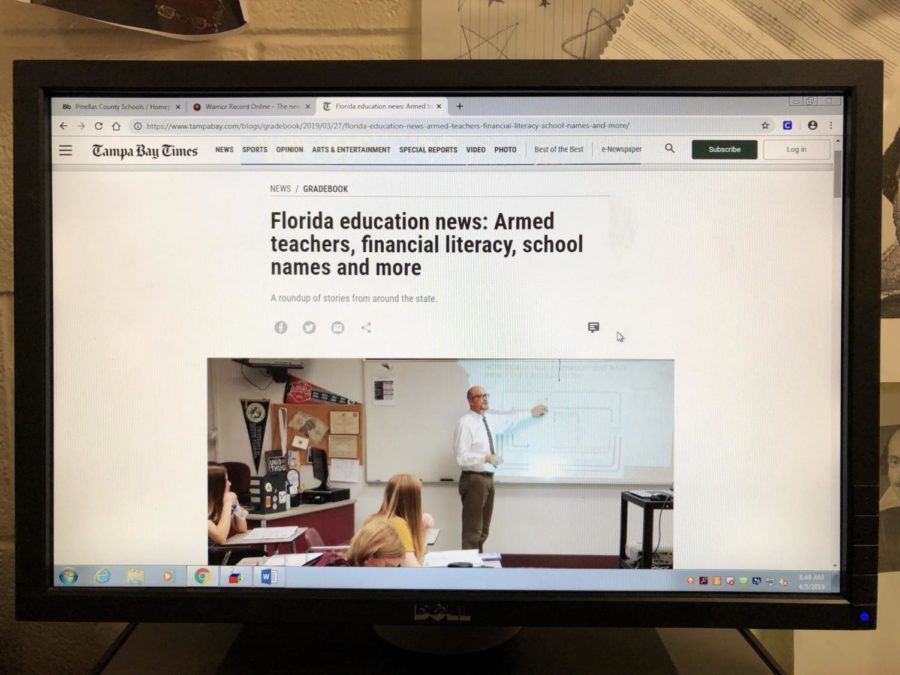 Many proposed laws have been created within the last year that would affect teachers, administrators and most importantly students. According to TampaBayTimes.com, “a bill that would allow classroom teachers to carry weapons at school passed another Florida Senate committee on the way to the floor.” However, “opposition to the measure remained strong.” This new idea of arming teachers is a result of school shootings that have occurred.  Another controversial bill that would change the use of guns in school is “a bill that would allow concealed-carry weapons at churches that share sites with schools, according to TampaBayTimes.com.

Another propsed change to schools according to The Tampa Bay Times involves “a Florida House committee [advancing] legislation to create a financial literacy half-credit high school graduation requirement, something the House has resisted for several years.” Currently, financial literacy is not part of the curriculum, which many students and teachers think is not benefiting students. Another drastic change being made, according to The Tampa BayTimes, is “a Brevard County charter school [moving] to a year-round schedule in the fall.”